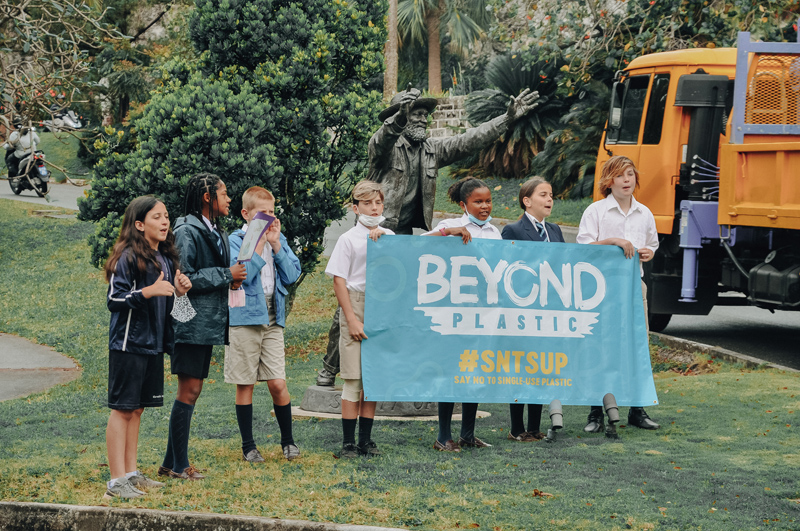 Students from various schools were on East Broadway this morning [April 22], waving and greeting morning commuters with “Say No To Single Use Plastic” signs.

“Beyond Plastic is a collaborative group that supports the Bermuda Government’s proposed ban on single-use plastic. Beyond Plastic acts as an agent for change in the community by educating the public about the perils of plastic pollution.

“Plastics are contributing to the decline in the health of our oceans, inciting climate change and threatening the health of all species on earth, including humans.”