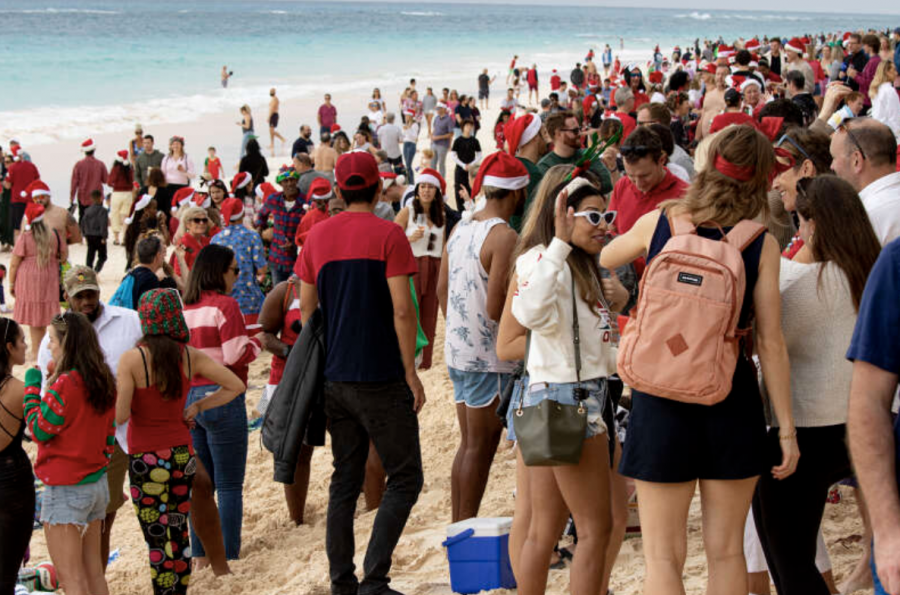 Revellers have been praised for leaving Elbow Beach clean after the annual Christmas Day party.

According to Traci Burgess, the executive director of Keep Bermuda Beautiful, which helps with waste management for the event, more than 1,300lb of trash was collected on the beach after this year’s celebration.

Ms Burgess said: “That is not nearly as much garbage as we see on average but the number of attendees was way down this year.

“One of the most common items to go into the recycling bins from Christmas Day was bottles of champagne, which accounted for a good portion of recyclable items from the event.”

According to Ms Burgess, almost all the trash was already in bins and the team of 15 volunteers found little debris along the beach. She added that attendees had typically cleaned up after themselves through the years.

Ms Burgess also thanked the volunteers for making the clean-up possible every year.