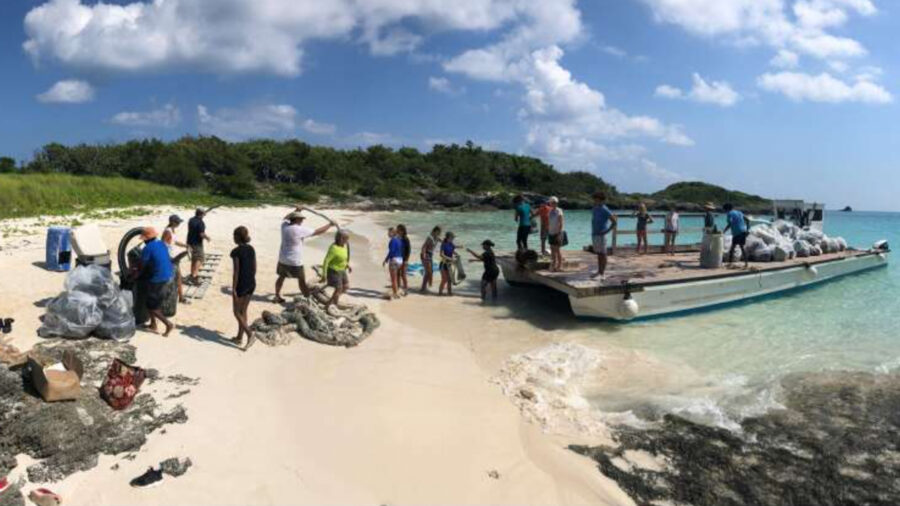 Article by: The Royal Gazette

A documentary to chart the collection of more than three tonnes of plastic waste from a beach over an 18 month period is to to be made.

Film company LookBermuda, a film company, has teamed up with Keep Bermuda Beautiful for the film of the work on Nonsuch Island off St George’s.

Jean-Pierre Rouja, a filmmaker and chief executive of LookBermuda, said: “As part of our ongoing Nonsuch Expeditions project with the Department of Environmental and Natural Resources, we have been setting aside the ocean trash that washes ashore on the small beach on Nonsuch Island, which historically had been removed and disposed of regularly by the chief terrestrial conservation officer and his team.”

Mr Rouja added: “Nonsuch Island, Bermuda’s most successful nature reserve, is closed to the public and no one is allowed to go there without permission which presents a very unique opportunity, as virtually all of Bermuda’s other beaches get cleaned regularly by the Parks Department, KBB, other volunteers and concerned citizens.

“But in this case, as we are the only ones collecting it, we have a much clearer picture of the magnitude of trash floating in the open ocean and can track what washes ashore without human interference.”

The film will follow the work of schoolchildren and student “citizen scientists” to research the origins of recovered marine trash.

The documentary, sponsored by Axis Capital, will also highlight the global crisis of plastic pollution.

Mr Rouja said that the trash was now in storage until the Covid-19 crisis eased, when the team would catalogue where the plastic came from.

The results will be used to put pressure on the originators of the plastic waste to clean up their act.

Anne Hyde, the KBB executive director, said Axis Capital was the main sponsor of the project, which is expected to continue for another 18 months.

She said: “Axis has a long history of supporting educational, environmental and social initiatives in our community.

“Axis employees had planned for their annual community service day to do a beach cleanup with KBB.

“It was through this hands-on activity of cleaning up a South Shore beach, discussing the array of items we found and identifying how far they must have floated to get to Bermuda, that sparked their interest and forged into a partnership for this project.”

Tiffany Sousa, the senior HR business partner at Axis and the company’s philanthropy committee head, said: “At Axis, we are committed to supporting initiatives that, through both awareness and action, tackle pressing needs facing our communities.”

The organisers said senior schoolchildren and students were welcome to join the project.

They added registration and scheduling should be coordinated through teachers.