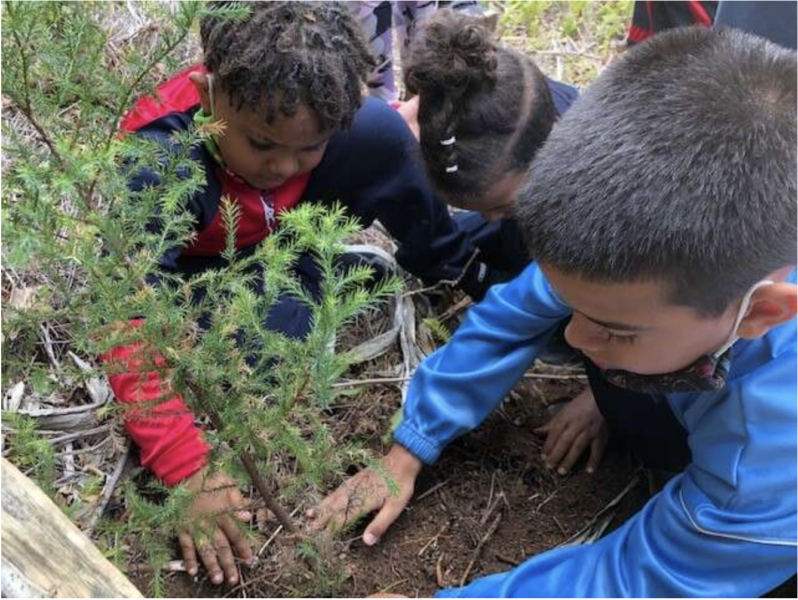 People in Bermuda will join millions around the world today to celebrate the planet and its environment for the 52nd annual Earth Day.

Walter Roban, the home affairs minister, said Earth Day had grown since 1970 into “the most prominent secular event on the planet, with over a billion people in over 190 countries participating”.

Mr Roban noted that the COP26 global climate summit held last November in Glasgow, Scotland, heard that “Bermuda, along with other small island states and developing countries, will be disproportionately affected by climate change”.

He praised the island’s advances in renewable energy, and said Bermuda’s move to join the Blue Shield Programme had stepped up oversight of its marine surroundings.

“If we all commit to working together and making every day an Earth Day, collectively, our small steps will leave a big footprint that will make a huge difference in addressing climate change.”

A string of events are scheduled to celebrate Earth Day.

Hundreds of volunteers will take part in cleanups around the island organised by Keep Bermuda Beautiful.

Earth Day also marks a continuing partnership between the US Consulate, the Bermuda Zoological Society and Paget Primary School for conservation volunteering on the protected Trunk Island in Harrington Sound.

Environmental restoration on the seven-acre island includes the creation of a coastal habitat, and the clearing of invasive vegetation and planting of cedar trees for the reintroduction of the Bermuda Skink – one of the rarest lizards in the world.

Invasive asparagus fern has been cleared and prickly pear cactus planted to provide food and protection for skinks.

Karen Grissette, the US Consul General, highlighted this year’s Earth Day theme of Invest in our Planet.

She added: “As long as we stay united and focused on protecting the one planet we have, we can leave it in better shape for future generations.”

BZS education programmes are held on the “living classroom” of Trunk Island throughout the year.

Ian Walker, principal curator at the Bermuda Aquarium, Museum and Zoo, said the ongoing support of the Consulate team had given Trunk Island “upwards of 100 native and endemic plantings as well as this newly designed habitat”.

KBB cleanups, under way since Tuesday and running until next Wednesday, has brought out more than 600 volunteers at 22 locations island wide as part of the “Earth Day Challenge” celebrating the environment.

The challenge is being promoted by the charity Greenrock, with other environmental groups, offering 13 different green-friendly actions to make a difference.

Greenrock encourages participants to share their environmental action on social media with the #earthdaybda hashtag.

Participants can sign up for Greenrock’s challenge online here.