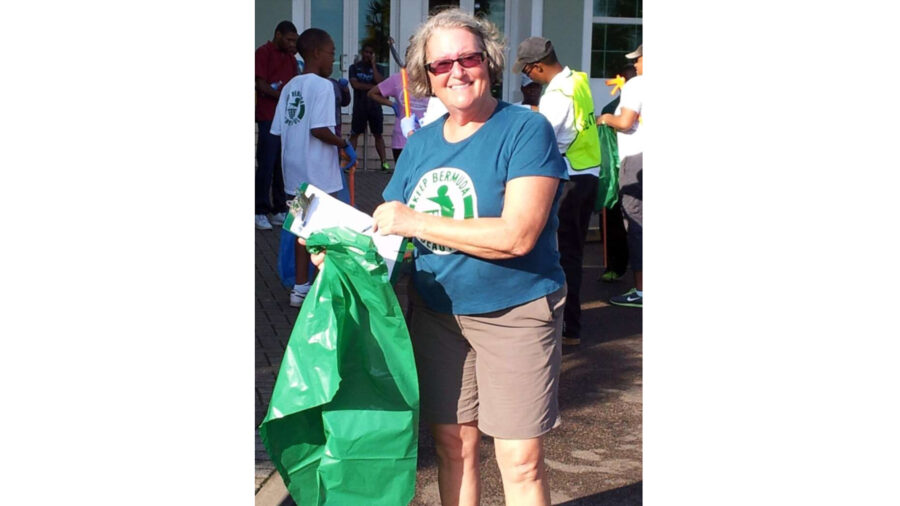 Article by: The Royal Gazette

The executive director of environmental charity Keep Bermuda Beautiful is to stand down, it was announced today.

Anne Hyde will retire next February after 12 years in the top post.

The organisation said recruitment to fill the role of chief executive officer of the non-profit will begin immediately.

She said: “It has been an honour to work at KBB and carry on with the important legacy of the founders and their vision to protect Bermuda’s biggest asset – its natural beauty.

“I have had the good fortune to meet scores of new people and spend time working side by side doing a clean-up and teaching litter lesson. Work never seems hard when you are doing a job you love.”

Ms Hyde added: “I will not be going away entirely as I have accepted an invitation to join the board and will stay involved. There are a few projects that I will continue to work on for many more years, I expect.”

KBB also announced that Stefan Smith became president of the organisation’s board of directors in March and replaced Amy Shillingford in the role.

The organisation said the announcement was delayed due to the onset of the Covid-19 pandemic.

KBB added Mr Smith joined the board “a few years ago” after he walked into the group’s Princess Street office in Hamilton and started a conversation that led to an invitation to get involved.

Mr Smith said: “I’m excited to serve as president of KBB and I look forward to working with all stakeholders. As president, I will focus on identifying innovative and efficient solutions that enable us to accomplish our organisation’s goals with hopes for a litter-free future.”

Ms Shillingford served on the KBB board for 14 years and became president in 2010.

Ms Hyde said: “Amy has been a constant guide and rock of stability for KBB. She has steered us through challenging times and we are incredibly grateful for her steady leadership.”