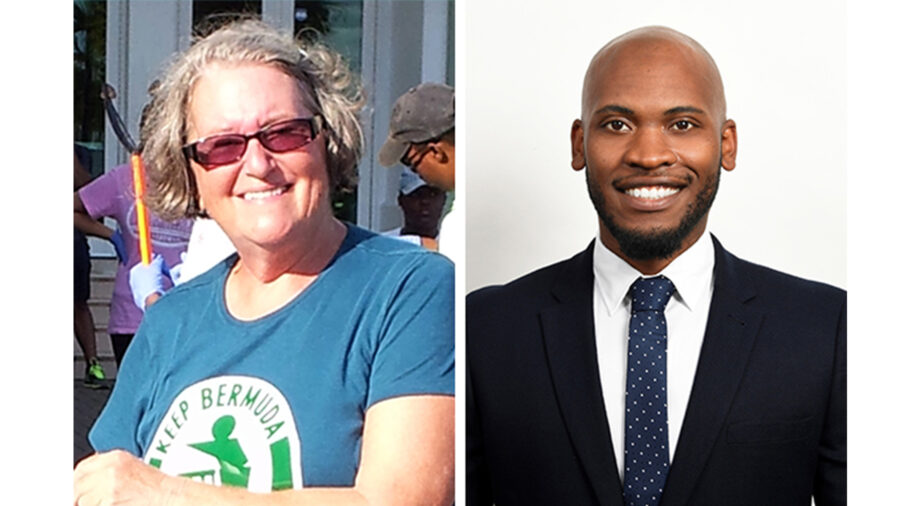 Keep Bermuda Beautiful announced today that Executive Director Anne Hyde has decided to retire effective February 2021, while Stefan Smith also became President of the Board of Directors earlier this year.

A spokesperson said, “Keep Bermuda Beautiful [KBB] announced today that Anne Hyde, Executive Director, has decided to retire effective February 2021. Recruitment to fill the role of chief executive officer of the environmental nonprofit will begin immediately. Earlier this year, Board leadership also changed as Stefan Smith became President of the Board of Directors and replace Amy Shillingford.

“In early March, KBB held its Annual General Meeting and Awards Reception which included electing the Board of Directors. Following the event, an announcement did not go out as planned because of the disruption caused by the global pandemic. Now we want to make up for lost time by making that announcement now.

“Amy Shillingford has served on the KBB Board of Directors for fourteen years rising to the position of President in 2010. “Amy has been a constant guide and rock of stability for KBB. She has steered us through challenging times and we are incredibly grateful for her steady leadership,” declared employee Anne Hyde.

“Stefan Smith joined the Board of Directors a few years ago. He was walking on Princess Street and noticed the KBB sign on the door. He walked in smiling and nodding his head, “So this is the KBB office. I grew up with KBB in school.” After an engaging conversation, he was invited to join the Board and accepted the invitation. Stefan is passionate about protecting the environment and has been very involved in the work of the Board, so it is no surprise that he has stepped into a leadership role. Stefan adds, “I’m excited to serve as president of KBB and I look forward to working with all stakeholders. As president, I will focus on identifying innovative and efficient solutions that enable us to accomplish our organization’s goals with hopes for a litter-free future.”

“Anne Hyde will be leaving after twelve years at KBB. During her time running the day-to-day operations, she has helped develop and deliver new initiatives while strengthening existing programmes, as well as forging new partnerships. “It has been an honour to work at KBB and carry on with the important legacy of the founders and their vision to protect Bermuda’s biggest asset – its natural beauty. I have had the good fortune to meet scores of new people and spend time working side by side doing a cleanup and teaching litter lesson. Work never seems hard when you are doing a job you love. I will not be going away entirely as I have accepted an invitation to join the Board and will stay involved. There are a few projects that I will continue to work on for many more years, I expect.”

You can make a donation, become a member or provide sponsorship.  It is quick and easy.  Simply use your credit card.  We are also happy to receive online payments or a cheque in the mail.