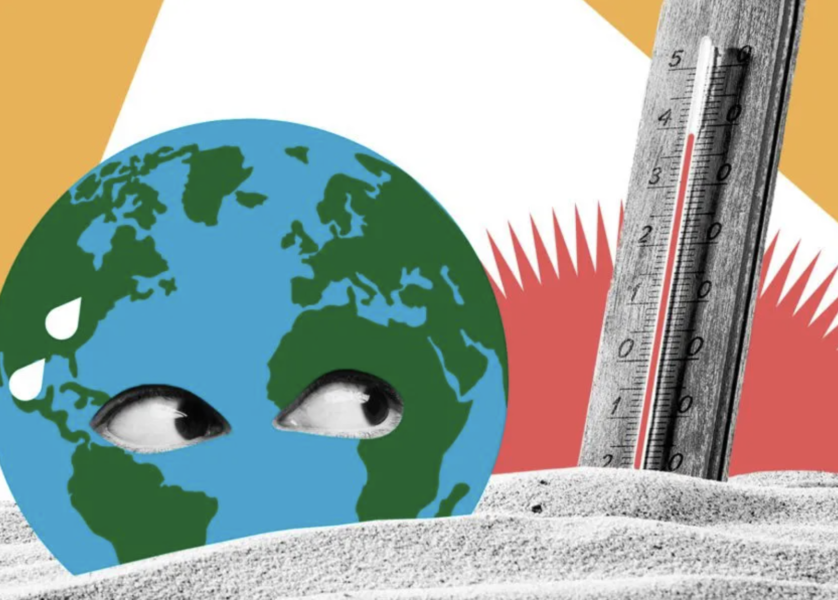 Making sense of global warming, the changing climate and what it means for the earth is mandatory if we’re going to understand how best to tackle it all. Here we dive into the basics in an effort to solidify out knowledge of the complex issues of the climate crisis.

Global warming is the term used to describe the warming of the planet. It is widely accepted that the earth has been warming since the early 20th century.

Climate change refers to a broad range of changes that are happening to our planet. Included in climate change is global warming, rising sea levels, shrinking glaciers and shifts in flower/plant blooming times.

More recently experts have begun to use the term “climate crisis” to emphasize the urgency with which we need to act to protect our planet and our future.

Why is Climate Change Happening?
The main cause of climate change is the greenhouse effect.

Much of the greenhouse gases occur naturally but human activity has increased the concentrations of some gases in the atmosphere. In particular, the levels of carbon dioxide, methane, nitrous oxide and fluorinated gases exist within our atmosphere in larger amounts than they would naturally.

Carbon dioxide (CO2) produced by humans is without a doubt the largest contributor to global warming.

Compared to its pre-industrial level (before 1750) CO2 concentration in our atmosphere has risen by 48%.

Climate change refers to a broad range of changes that are happening to our planet. Included in climate change is global warming, rising sea levels, shrinking glaciers and shifts in flower and plant blooming times.

How Do We Know Global Warming is Real and is the Result of Human Activity?
Some 97% of scientists who have studied climate change agree that much of the earth’s warming observed since the early 1900s is a result of human activity. In fact, scientists are as sure of this as they are that cigarette smoke causes cancer.

And the evidence is striking: Temperature records for the past 150 years show the earth’s average temperature has risen by more than 1 degree Fahrenheit and even twice that in the Arctic.

Since the start of the Industrial Revolution, carbon dioxide in the earth’s atmosphere has risen 48% and methane has risen 150%.

More recent calculations have shown that it’s in fact impossible to explain the temperature rise we’ve experienced in the last 150 years without the consideration of increased carbon dioxide and other greenhouse gases.

Can We Reverse Global Warming?
In short, yet but it won’t happen overnight.

If we eliminated all human emissions of greenhouse gases, the earth’s temperature would continue to rise for a few decades before stabilizing. Natural processes would then begin to slowly remove carbon dioxide from the atmosphere and global warming would decline.

How Much Time Do We Have to Reverse Climate Change?
Not much. Some studies suggest that unless we take critical action by 2030, we will face catastrophic implications that would pose existential threats to certain ecosystems.

What Happens if We Do Nothing?
Scientists have said that if we choose to do nothing to reverse climate change, global temperatures will rise by 3-7 degrees by the end of the century.This level of global warming would be catastrophic, resulting in:

What is a Carbon Footprint and How Can I Reduce Mine?
Carbon footprint is a term used to describe the total amount of greenhouse gases generated by our actions.

Globally, the average carbon footprint per person is about 4 tonnes per year but if we want to help mitigate climate change, we must reduce that number to under 2 tonnes per person per year by 2050.

According to Mark Guishard, director of the Bermuda Weather Service, Bermuda has a larger carbon footprint per capita than China

If you’re hoping to decrease your own carbon footprint, you should consider:
Eating less meat
Eating more locally-grown foods
Drive less: Take public transport where possible
Waste less: Recycle and eliminate single-use plastics from your life
Switch to renewable energy where possible: Invest in solar panels and an electric vehicle
Reconsider how you use appliances: Turn down your water heater, unplug appliances when possible, replace incandescent bulbs with LED ones, raise the temperature of your fridge and freezer and use energy-efficient appliances only.

All it takes is 1 solar panel to offset 10 metric tonnes of CO2 and 19 barrels of fossil fuel over a 30 year period!

Every bit makes a difference to help fight the climate crisis.

How Much Renewable Energy Do We Need to Reverse Climate Change?
It’s tough to think about but if we want to stop climate change in its tracks, we have to increase renewable energy nine-fold.

Renewable energy has experienced remarkable growth and in turn, huge cost improvements over the last decade, making it more accessible and affordable for the average person. In fact, in some cases, renewable energy is already cheaper to produce than energy created by the burning of fossil fuels.

Click below and explore our Climate Crisis Series, presented by BE Solar:

Understanding the Basics of the Climate Crisis

Bermuda’s Role in the Changing World

The Climate Crisis and the Threat it Poses to Our Environment

By The Bermudian Magazine